Baku, Capital and Commercial hub of Azerbaijan is low-lying city with coastline along the Caspian
Sea. On the fault line between East and West, Baku is unlike anywhere else on earth. Baku offers a
fascinating Soviet legacy, soaring towers that could have been transplanted from Shanghai, along
with a beautiful ancient center. Contradictory it may be, but Baku is always a delight.
High summer can be a little intense for some, so visit between April and June or September to
October for the best weather. Winters tend to be chilly, and many attractions close for the season.

WHY BOOKING FROM US?

Welcome to Land of Fire. Upon arrival at the airport, you will be transferred to your pre booked hotel in Baku. Check-in at hotel. Visit to Highland Park Alley of Martyrs, The National Assembly-also transliterated as Milli Majlis, Flame towers-the tallest skyscraper in Baku. Continue with National Flag square, it is a large city square in Baku, Azerbaijan. A flag measuring 70 by 35 meters flies on a pole 162 m high. The flagpole was confirmed as the world’s tallest by the Guinness Book of Records, but was soon overtaken by the 165 m Dushanbe Flagpole in Tajikistan both flagpoles were built by the same American affiliated company, Trident Support. National Flag Square covers 60 hectares overall. Walking through BAKU Boulevard which stretches along a south-facing bay on the Caspian Sea. It traditionally starts at Freedom Square continuing west to the Old City and beyond. Since 2012, the Yeni Bulvar (New Boulevard) has virtually doubled the length to 3.75 km. Back to hotel. Overnight at hotel.

Breakfast in Hotel. Our tour program starts with or Inner City is the historical core of Baku, the capital of Azerbaijan. The Old City is the most ancient part of Baku, which is surrounded by walls were well protected. In 2007, the Old City had a population of about 3000 people. In December 2000, the Old City of Baku, including the Palace of the Shirvanshahs and Maiden Tower, became the first location in Azerbaijan to be classified as a World Heritage Site by UNESCO. After lunch group will experience the happening street of known for shopping Continue with , (depends on weather conditions) also known as the Baku Eye – is a Ferris wheel on Baku Boulevard in the Seaside National Park of Baku, capital of Azerbaijan.The wheel is 60 metres tall and has 30 cabins, each holding eight people. It makes a complete turn in 30 to 40 minutes. Back to hotel. Overnight at hotel.

After delicious breakfast, your tour starts with Ateshgah (Fire Worshippers Temple). Based on Persian and Indian inscriptions, the temple was used as a Hindu and Zoroastrian place of worship. “Atash» is the Persian word for fire. The pentagonal complex, which has a courtyard surrounded by cells for monks and a tetra pillar-altar in the middle, was built during the 17th and 18th centuries. It was abandoned in the late 19th century, probably due to the dwindling of the Indian population in the area. The natural “eternal flame” went out in 1969, after nearly a century of exploitation of petroleum and gas in the area, but is now lit by gas piped from the nearby city.

Blazing bodies of flame dance on stones and floor. Yanar dag is a natural gas fire which blazes continuously on a hillside on the Absheron Peninsula on the Caspian Sea near Baku, the capital of Azerbaijan, which itself is known as the “land of fire.”

Tour continues with the visit to the charming example of modern architecture – The Heydar Aliyeb Center- a 57,500 m2 building complex in Baku,

Azerbaijan designed by Iraqi-British architect Zaha Hadid and noted for its distinctive architecture and flowing, curved style that eschews sharp angles. The center is named after Heydar Aliyev, the first secretary of Soviet Azerbaijan from 1969 to 1982, and president of Azerbaijan Republic from October 1993 to October 2003. (Photo-shoot outside) Proceed to Boat Tour in to observe the amazing view of “City Of Wind” from Caspian Sea. Back to Hotel. Overnight.

Today after breakfast you will checkout from your hotel and will be transferred to the airport for your flight back home to Nepal with wonderful memories and souvenirs from your Trip. 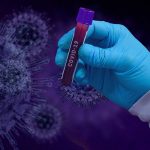 Covid-19 crisis & its impact on tourism sector of Nepal

Know China Before You Take China Tour Package From Nepal

Everything you need to Know about Visit Nepal 2020

Are You Planning For China Tour from Nepal? Is china worth visiting?